Learning across the generations offers huge benefits for pupils and the elderly. Rachel Whiting, Head of Prep at The Kingsley School, looks at the lessons we can all learn from talking to other generations.

Our world is changing rapidly. Technology, globalisation, improvements in medical care and the ease with which ideas are shared across borders has resulted in a society which is very different to the one that Baby Boomers, Generation X or even Millennials recognise from their childhoods. Alongside these advances, the increase in life expectancy can be counted as one of the most dramatic and positive changes of the last century. Since the 1950s, this has increased from an average of 65 years to approximately 81 today.

Consider this then... the four year-olds who start Reception in September can expect to live to between 79 and 83 years old. Those we welcome just a decade further down the line will likely see the other side of 85, in a world where the number of souls inhabiting our planet is predicted to reach 8.3 billion. However, it is not simply a case of an increasing life expectancy which we will witness, but also a changing distribution of age across the population.

There are nearly 12 million people aged 65 or over currently living in the United Kingdom. According to the charity Age UK this is set to pass the 20 million mark by 2030 (the year in which those same Reception children will sit their GCSEs). By 2040, nearly one in four people in the UK will be aged 65 or over. Benjamin Franklin's immortal phrase 'there is nothing certain in life except death and taxes' seems to apply universally.

Yet as the time between the period of paying taxes and that final certainty rises exponentially, questions remain about the quality of life between one point and the other. Within areas of the UK, the reality is an increasingly isolated existence; two million people over 75 currently live alone. This isolation brings with it a negative effect on mental health and well being within a generation of people who still have much to offer wider society, but perhaps lack the mobility that they once had. Bette Davies encapsulated it perfectly by declaring 'old age is no place for sissies'.

Thankfully, all is not lost. Across the world, there are successful intergenerational programmes which are built on the premise of narrowing these gaps. Japan, the United States and Scandinavia have all experimented successfully with the idea of intergenerational activities and some have taken it forward into designing intergenerational care. But what about schools? How can a prep school help to facilitate links between the generations, outside of the normal family relationships?

"Thankfully, all is not lost. Across the world, there are successful intergenerational programmes which are built on the premise of narrowing these gaps."

Although in its infancy, my school has established its own intergenerational project with a local home for the elderly in Leamington Spa. Even though it has only just started, it has already produced some very positive results. Our first initiative was for children and residents to share craft and cooking activities based around the RSPB 'Birdwatch Weekend', spending time building and painting bird feeders and decorating bird shaped biscuits together.

As a result of this day, residents had stories of their own to share with visiting relatives over the next visit and children interacted with a new (and captive) audience. Some returned to the playground to ask parents if they could visit and the residents have been invited to share the Easter assembly and also a Forest School morning with our youngest pupils. We look forward to a long and mutually beneficial relationship as the contact develops.

I know my school is not alone in doing this and I have found inspiration from others. The Intergenerational Learning Centre in Seattle, which currently has a two-year waiting list for children joining, has been encouraging combined activities between pre-schoolers and the elderly for many years. 400 adult residents regularly participate in both planned and spontaneous activities alongside their younger pre-school counterparts and the impact has been consistent throughout the decades: mental health and happiness are increased.

A lesson can also be learnt from the Humanitas retirement home in Deventer, eastern Netherlands. Here, in exchange for no-rent accommodation, students spend 30 hours a month giving their time to older residents and making the personal connections that are so important for continued wellbeing. Eighty-somethings are taught to use the internet to engage with family and friends, as well as current affairs, whilst twenty-somethings, away from home for the first time, have the benefit of the experience of adoptive grandparents. Crucially, in both situations, there is no sense of familial burden or responsibility associated with the intergenerational connection; those who interact are doing so by choice.

"All these projects have many benefits. Research undertaken in Japan, the USA and the UK suggests that the impact is three-fold. Negative stereotypes were challenged and overcome, friendships between the generations developed outside the shared activities and confidence increased in both groups."

All these projects have many benefits. Research undertaken in Japan, the USA and the UK suggests that the impact is three-fold. Negative stereotypes were challenged and overcome, friendships between the generations developed outside the shared activities and confidence increased in both groups. Increased understanding of the other group was noted across all participants, regardless of age. In a time where simply opening a newspaper or listening to the radio brings home the social isolation and generational misunderstandings that permeate society, these personal connections are vital.

Across education, self-esteem, self-confidence and mental health are taking on more and more importance. Anyone associated with the education of young people cannot fail to have noticed the ever-growing need to make connections with people who can help them navigate life's highway.

It is a sobering thought that those previously mentioned 65 year-olds of 2040 are my generation: we remember what life was like before iPhones; we were disproportionately excited by the sound of a dial-up modem; we made all our plans in advance (accompanied by a precise time and meeting place) and we thought that our grandparents had no idea. Our grandchildren in turn will consider us dinosaurs and we will, like it or not, ruminate on their unnecessary technology, attitudes which seem too modern – not to mention the deplorable state of music. This is, perhaps, the way of the world. But, I have to ask myself, does it always have to be this way?

I certainly hope to spend afternoons with enthusiastic young people, sharing stories beloved in my childhood and learning about the world in which these young people are finding their way. Indeed, I am relatively confident that I will have perfected 'The Floss' by 2040 and look forward to a retro resurgence to demonstrate my skill! 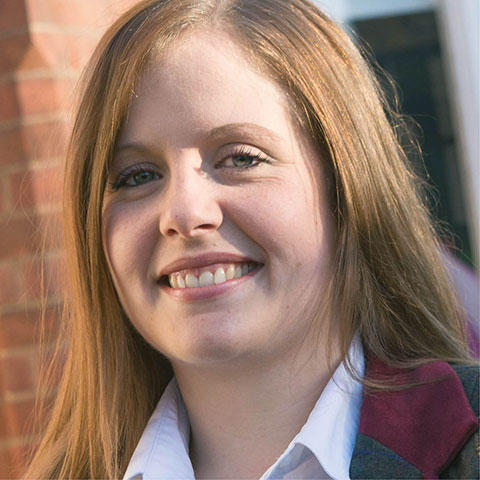 Rachel Whiting is Head of Prep at The Kingsley School, a day school for girls aged 3 to 18 years in Leamington Spa. The school has an excellent reputation for high academic standards and first-class pastoral care, with a distinctive family ethos and friendly atmosphere.