One of the best ways to improve a child's general knowledge of the world is to read a newspaper, says Jane Lunnon, Head of Wimbledon High School GDST. So why not set newspapers as homework?

When I was a child, serious news was an integral part of my daily life. We watched children's Newsround, always slightly impatiently, as we anticipated the start of Blue Peter. This was replaced by the ceremonial ritual of sitting down as a family to watch the evening news (it was at nine o'clock in those days) when we got older. I remember the way newspapers were always all over the house. Last week's editions spilling cheerfully out of the magazine rack – an article of furniture which feels as anachronistic as cassette docks!

Things are very different now and in many ways, of course in terms of our interconnected world, vastly better: a range of news outlets, greater access to the opinions of key figures in public life, constant debate and multimedia reporting that truly brings events to life. Equally, phones and hand-held devices mean that news is delivered whenever we want, at any point, by our chosen channels, straight to the individual consumer. This is particularly the case for the digital natives of course. How many teenagers now, I wonder, sit down with their family to watch News at Ten every night? I suspect very few indeed. Why should they bother, when they are getting 'news' straight to the hand on their phones and can enjoy it in the privacy of their own rooms?

And yet the scourge of 'fake news' seems to be spawning an associated age of 'no news'. While many young people are clearly more politically engaged than ever before, actively becoming involved and having their say, many (and I include 'grown ups' in this) are struggling with the omnipresence of news, the feeds into our social media channels which vie for our attention while really only telling us what we want to know. Algorithms shape what we see and what we read, depending on our likes, habits, and friends. News fed to us like this in our own echo chambers doesn't challenge or excite us. Nor does it provoke. Indeed, I'm not even certain that it justifies the term 'news'.

The first use of the word can be traced back to the Fourteenth Century – a plural adjective representing 'new things'. The published 'news' we have become used to consuming over the last 150 years or so, absolutely has at its heart the notion that what is being provided is new information. That is what makes it news. But the tendency of algorithms to feed through the same sorts of messages, expressed in the same sorts of ways, creates real semantic tension. It even calls into question the very definition. How new is our news now? And if not really new then surely not really news?

"While many young people are clearly more politically engaged than ever before, actively becoming involved and having their say, many (and I include 'grown ups' in this) are struggling with the omnipresence of news, the feeds into our social media channels which vie for our attention while really only telling us what we want to know."

So, while much has been written about fake news, I think there is a greater worry about no news or at least no news really worth reading, reaching our children and teens. Last term, I spoke at a briefing at HMC Conference (attended by many heads of leading senior schools from the across the country) and appealed for us as educators to require pupils in our care to read a newspaper. It was as much a reaction to young people switching off as being misled by fake news. I believe that students really do learn how to distinguish fake and real news. At my own school, we provide pupils with the tools to learn how to trust sources and how to search Google effectively (and, by the way, that always means going past the first page of results). But we all have work to do to encourage younger pupils to read the news and that's where 'newspaper as homework' comes in.

It is our job as educators to teach children to see problems, read opinions and get some perspective on the lives they lead and how they fit in to the whole. So, what if we required children to do just that in the form of picking up a newspaper at least once a week? To take the interest shown in the Blue Planet programmes further, by reading regular reports from a newspaper's environment correspondent, perhaps, or to challenge a family's Brexit discussions by looking to a newspaper for another view.

Many families will be doing this as a matter of course but by formalising the idea into a homework task, schools can encourage children to open the same newspaper that their parents might be reading and thus have a conversation about it – a positive step in bringing us away from the fake and bite-sized news. And if a newspaper carries an exaggerated headline or has lazily reported something from the internet, that's also a subject to be exposed and confronted. The subject of homework always starts its own debate amongst parents, staff and children alike. More than ever I think we need to be questioning the value of homework across the piece. Sometimes there is a very clear reason to set French vocabulary to learn, or to try some algebraic equations at home and test the learning in the classroom. At other times, an open-ended task with a broad remit can be extremely rewarding for the student. This looking up and out is ever more important as they move into their teenage years, where the default as they find out who they are, is for teens to become deeply introspective, so any project that helps counter this will be healthy.

"It is our job as educators to teach children to see problems, read opinions and get some perspective on the lives they lead and how they fit in to the whole. So, what if we required children to do just that in the form of picking up a newspaper at least once a week?"

At a time where digital encroaches ever more on people's time – even at a young age – let's make space for the broader view. At 11+, for example, instead of pupils spending hours doing endless and mind-numbing practice examination papers, they should instead be engaging wholeheartedly with the world in this crucial time in their lives. Because what are we doing to our children if we are restricting them to past papers, to drills in verbal and non-verbal reasoning, at the expense of questioning the world around them, exploring great books, digging in the garden with a grandparent or climbing trees in the park? Reading a newspaper can be one of these great joys – an opportunity to sit quietly and without distraction.

I believe pupils can learn a huge amount from a newspaper. In an age where the number of parents buying a daily paper is declining, we need to encourage our children to see the value in current affairs. With confidence in our politicians at a low, we need to help our children to become the active and engaged stakeholders of the future. We need to help them seek a balanced view. Start with a newspaper which you might not ordinarily read and explore it together. And, with the exciting and endless possibilities of virtual reality, who knows what the future might hold? Indeed, in a few years' time, we might be encouraging our children to put their headsets on and climb into a 3D exploration of a news story... but for the moment, just reading one regularly will have to do! 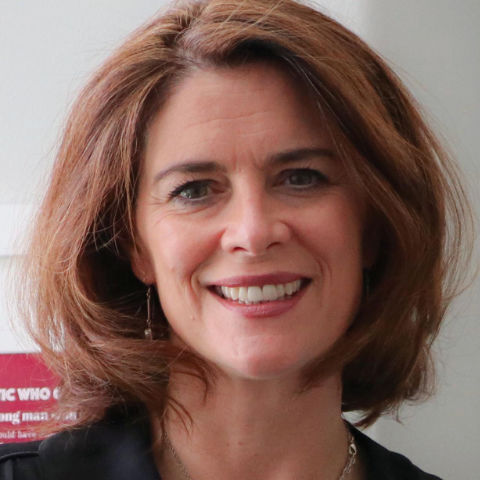 Jane Lunnon is the Head of Wimbledon High School GDST.