Some children struggle to get off to sleep and as a result this can become a cause of stress and anxiety for parents. Jane Prescott, Headmistress of Portsmouth High School GDST, offers some advice.

When my sister and I were young, we had different sleep patterns. I needed to go to bed early and that meant I was awake at dawn if not before. My sister was a night owl and she drove my parents to distraction. Whatever they did to try and make her sleep before midnight, she refused to comply. Consequently she used to wake late too and was always running for the bus to get to school on time. Eventually my parents stopped worrying and left her to go to bed when she felt tired. She started her homework late in the evening and went to bed long after everyone else was asleep. To this day, our sleep routines remain polar opposites. I am an early riser and like to be in bed before the clock strikes ten. I am not at all surprised to wake in the morning to messages sent by my sister in the early hours.

When my own children were being irrational, I nearly always blamed either tiredness or hunger. As a parent I was obsessed with my offspring getting enough sleep because that meant I received in return enough rest. I loathed them being invited on sleepovers – the name being a total misnomer as really they were on a stay-awake-athon. The next day meant our usually charming child was like an angry bear, with no sense of reason.

There is much written about the benefits of getting enough sleep but what do you do if your child simply refuses to go to bed at the time you decide is sensible? There is a difference between going to bed and going to sleep. Margaret Thatcher was reputed to need little sleep and drove her ministers mad with her endless late night meetings. If you have a mini Margaret then it is impossible to make your child sleep when they do not agree they are tired. What you can do, however, is insist they go to their bedroom and provide there a safe haven of quiet and peace. They do not have to go to sleep and they can read, for example. As a parent of a child who needs little sleep, getting yourself upset about your child not sleeping is not helpful. Obviously this is not a suitable arrangement for a very young child but, once old enough, set rules and parameters around them staying awake but do not insist they go to sleep.

Children can get anxious about not sleeping and once that happens it becomes a self-fulfilling prophecy and they can't get themselves off to sleep. Most people suffer a degree of insomnia at some point in their lives, even if that is just getting over jet lag. There are, however, ways in which you can help yourself get a good night's sleep whatever your age.

"Children can get anxious about not sleeping and once that happens it becomes a self-fulfilling prophecy and they can't get themselves off to sleep."

Clear your head of anything that is troubling and that does not have to be important issues. For a child, that may be as simple as being worried about a change to the school routine the next day such as a move of a peripatetic music lesson. Encourage your child to talk earlier in the evening to eliminate concerns or other worries, however trivial.

Do not consume drinks that contain stimulants such as caffeine or eat foods that contain ingredients which do not lead to calmness. In fact, trying to sleep on a full stomach is invariably so uncomfortable that it affects sleep. Children should be encouraged not to eat late night snacks or consume drinks other than water.

Have a bedroom clear of digital devices and avoid using anything with a light screen for at least an hour before needing to sleep. There is significant research on the effect of using technology late in the evening. Reports indicate that they wake our brain up too much; even stand-by illuminating lights on televisions, for example, can disturb sleep.

The Guardian recently reported that a study in the United States showed that only one in 20 children achieved the recommended levels of sleep, exercise and screen time – whilst nearly a third were not reaching the guidelines for all three. The study, reported in the Lancet Child & Adolescent Health journal, said that those aged between eight and 11 spent on average 3.6 hours a day watching TV, using a device or a computer – almost double the recommended limit of two hours. Lead author Jeremy Walsh concluded that we should be 'limiting recreation screen time and prioritising healthy sleep routines during childhood and adolescence.'

"If your child is yawning in morning assembly then perhaps they did not get enough sleep the previous night. Open discussion is needed to help them realise the importance of getting enough sleep."

In centrally heated homes, sometimes the bedroom is just too stuffy and lacks air. Keeping the temperature lower is credited with a better night's sleep. Equally, some children like night lights to feel secure but they make the bedroom too light. Blackout blinds or curtains help stop the early morning sun waking children too early and help them get off to sleep on a light summer's evening. Some children like to listen to a recorded story to help them fall asleep but this means that if they wake in the night they find it difficult to get back off to sleep.

Being able to settle themselves is important. I remember my daughter woke in the night every night from when she was born until one night when she was just over three years-old and by then she had two younger brothers who needed night time feeds. Exhausted as I got up to see her, I remember telling her she was old enough to settle herself and – unbelievably – she never woke me again during the night without good reason. It was probably the look of total exhaustion on my face that made her realise, even at such a young age, enough was enough.

If your child stays regularly somewhere else – such as with grandparents or their other parent – and that household has a different approach to the sleeping routine, this may lead to the equivalent of jet lag. If in one home they go to bed later, this may mean a lack of sleep. Whilst exceptions may be made, if this becomes routine, there is a need for an agreement on how many hours' sleep your child needs. Most children require between twelve and ten hours sleep. This lowers to about seven to eight hours in adulthood. Of course, this is a generalisation and each person is individual in their sleep needs. Getting the right balance is difficult to achieve all of the time. However, enough rest is very important if children are to be awake and alert enough for learning during the school day. If your child is yawning in morning assembly then perhaps they did not get enough sleep the previous night. Open discussion is needed to help them realise the importance of getting enough sleep.

My sister and her refusal to go to sleep early was just accepted by my parents and it did not affect her achievement in school. Indeed it could be argued that her ability to keep going on long shifts as a junior doctor was formed by a childhood that allowed her to go to bed when she was tired and not before. What should be avoided is making sleep an issue and a battleground – that way, no one gets their rest. 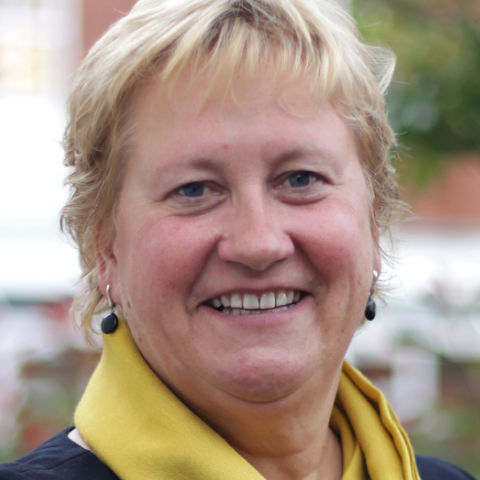 Jane Prescott is Headmistress of the Portsmouth High School, GDST.