There is nothing new about contextual admissions. On my first evening as a Cambridge undergraduate, I met another new student at the College bar. The conversation followed a familiar pattern: 'Did you take a gap year?', 'What course are you doing?', 'What did you get in your A-levels?'. When the student replied, 'No. Law. ABB.', I remember saying, with youthful impulsivity, 'ABB? And you still got in?'.

Five minutes later, he had explained that he lived on a council estate in an area of London renowned for socio-economic disadvantage, was the first member of his family to go to university, had attended a school which would now be described as 'in special measures', and that his ABB grades were the best A-level results ever achieved by any pupil in the history of his school. My initial shock turned to admiration and respect once I had understood the context of his journey to university.

This was 1995 and it seemed a revolution in Oxbridge admissions was imminent, but nothing could have been further from the truth. 87% of Sixth Formers in the UK are educated at state schools or colleges, yet in my year of entry, only 50.1% of accepted undergraduates at Cambridge were from the state sector. The 1995 figure at Oxford was even lower: 48.1%. By the time I graduated in 1998, it had increased to just 50.4% (still 48.1% at Oxford), and by 2007 it had crept to 53.3% state-educated entrants at Cambridge and 51.4% at Oxford. This was not revolution but progress at a snail's pace. At the same time, however, another change to Oxbridge undergraduate admissions was afoot: the rise of the successful overseas applicant. A statistic, not widely known, is that the proportion of domestically educated students at Oxford and Cambridge fell by 7% and 5% respectively during the decade 2008-2018. At the same time, the number of acceptances categorised as 'Overseas and Others' went up from 308 to 712 at Oxford and from 492 to 795 at Cambridge.

Since the introduction of tuition fees in 1998, UK universities have set higher rates for overseas students than those from the UK and EU. Studying Medicine at Oxford in 2005/6 as a UK student cost £1,345; the overseas fees for the same course were an eye-watering £26,500. In 2020, Oxford's UK fees are £9,250 but between £25,740 and £36,065 for international students, depending on the course. In short, the story of Oxbridge admissions 1998-2018 is not so much the radical re-balancing of numbers of students from the UK state and independent sectors, rather the steady and inexorable rise of overseas students who happen to pay significantly higher fees.

Other universities have acted similarly: at the turn of the millennium there were just over 200,000 international students in universities across the UK; by 2018 that figure had more than doubled to nearly 460,000. Most universities have increased in size to accommodate this growth following the removal of the cap on student numbers in 2015, but not Oxbridge.

“The collegiate system – one of the many jewels in the Oxbridge crown – comes with limitations of space... Why not build a new College for undergraduates?”

The collegiate system – one of the many jewels in the Oxbridge crown – comes with limitations of space and has meant that these ancient universities have been unable to expand in the same way as their Russell Group rivals. It is disappointing to note that Oxford's two most recently created Colleges – Green Templeton (2008) and Parks (now Reuben) (2019) – have both been designed for postgraduate students. Why not build a new College for undergraduates? As a result, undergraduate numbers at Oxford and Cambridge have remained relatively stable over the past five years despite the ever-increasing numbers of applicants.

Oxbridge entry has therefore become more competitive than ever and both universities are, quite rightly in my opinion, not only increasing the number of offers to students from the state sector but also implementing programmes to encourage more applicants from the most under-represented sections of society. Oxford has increased its offer rate to state-educated students from 53.6% in 2015 to 69% in 2020. Oxford and Cambridge have also launched new foundation year courses to increase the number of students from backgrounds of disadvantage or under-representation at their universities.

As an independent sector, we are also supporting agendas to widen access, improve diversity and promote greater social mobility. Most schools are growing their charitable bursary schemes – my own school's Prince Albert Foundation is creating 40 fully-funded places at the College over the next four years for children from backgrounds of low opportunity and low income – because we know that although talent is spread throughout society, opportunity is not. Many of our most famous schools were founded for charitable purposes, to educate children from disadvantaged backgrounds and so widening access is enabling many independent schools to reconnect with the original purpose of their existence.

It is also why most independent schools are heavily involved in meaningful partnership work with state schools in a variety of different ways. Amongst many other projects, my school has been supporting a state school in Bridgend which has not enjoyed Oxbridge success since 2010; three of their students received Oxford offers this year. All independent schools involved in these partnerships are deeply proud of the positive impact which this work is having.

But we must also accept that privilege comes in different forms. Many wealthy families buy houses in the catchment areas of top state schools and an increasing number of children from backgrounds of limited means attend independent schools through bursary schemes. Oxford and Cambridge must therefore adopt a highly nuanced approach when contextualising an individual's application. Simply looking at where an applicant goes to school is not enough to understand fully their background or educational journey. From conversations with other Heads, it seems that this is happening: four of the five fully-funded bursary pupils from my school who applied to Oxbridge over the past two years were offered places. And rightly so – they deserved to get in – as did the other pupils who would be contextually described as 'more privileged'.

And this is all that I, as the Head of an independent school, could ask for. There should be no discrimination simply because a candidate happens to attend a fee-charging school. Equity, fairness and social justice are causes which every school should hold dear, no matter their context or status. It has to be a good thing for both society as a whole and the individuals involved that Oxford and Cambridge, like so many independent schools, are drawing from a wider pool of candidates. 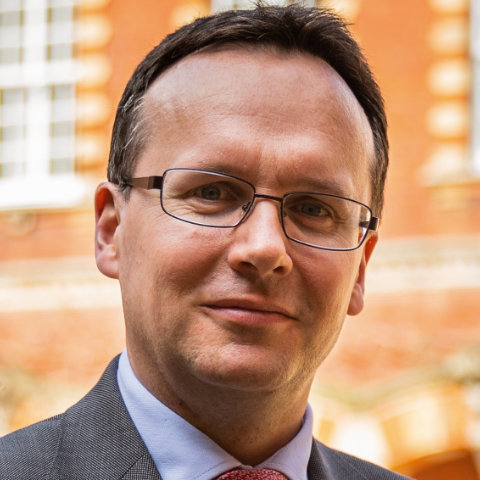 James Dahl is the Master of Wellington College.