The value of partnerships

Independent schools are doing increasing amounts to support the state sector but, as Christopher King explains, it is often pupils who are the biggest beneficiaries of partnerships, rather than schools.

There are all kinds of forces at play in the independent sector. Many seem to involve public pronouncements which describe fee paying schools in the negative and seek to drive them to change in some way. The seemingly relentless drip feed of national media articles portraying the sector as a barrier to social mobility on the basis of being inaccessible financially to large parts of the UK workforce, plants negative ideas in many a prospective parent's mind: 'Oh, I could never send my child private as I don't want my child to grow up as a toff...' is the refrain of those who feel under pressure to not follow their instincts and send their child to a fee-charging school.

Politicians demand our schools do more to support the state sector. We need to lend our teachers, second our senior management, allow the local school to join in with many of the activities no longer properly funded by the state. Meanwhile, some politicians also threaten the sector with loss of business rates relief and even the imposition of VAT on fees, which would effectively be a double tax on the parents who want to send their children to an independent school. If the state wants to adopt such a punitive approach why should, for example, the prep schools I represent want to engage in partnership work?

Perhaps I can offer a different perspective on why partnership working is a very positive experience. Let's look at things from the view point of a prospective parent who quite likely did not attend an independent school themselves during their early formative years. They understand the value of high standards of academic and co-curricular achievement and recognise this certainly can be found in independent schools. They want to provide the best possible opportunity for their child to succeed but don't consider themselves as 'posh' and despise the thought they might be nurturing a future 'toff'. They want their child to be comfortable in the company of anyone – and at ease in wider society.

Parents make significant financial sacrifices to send their children to independent schools because they want the very best for their children. They also recognise that attendance in our schools places them at considerable potential advantage and they appreciate the efforts our schools make to raise money for bursaries and other charitable causes. Whilst this fundraising is incredibly worthwhile, it is somewhat remote from the day-to-day education of the children.

"We live in a country where the gap between those who 'have' and those who 'have not' sits uncomfortably with many parents who fall into the former category."

On the other hand our schools are often located close by, adjacent to, or even within locations where there is significant economic deprivation. Being willing to engage with people in less well off areas brings a different – and more measured – understanding to the child of their place in a wider society. In addition, young people are pushing back at an economic set of values which encourages the acquisition of 'stuff' and want to protect their environment by consuming less and want to see wealth shared in a more even handed way.

By way of illustration, the overwhelming majority of the children in IAPS schools are fortunate to grow up in a home environment where they are surrounded by books. They were read to by their parents from a young age, they know their favourite stories off by heart and see reading and books as just a natural part of the everyday environment. This is, of course, very sadly far from true in many disadvantaged homes and it's something our schools can try and help redress.

Some of our schools are involved in schemes where books are collected and are immediately distributed through local state schools to willing recipients. Other schools are sending their oldest children to be mathematics buddies once a week to younger pupils in state schools. These schemes have proven hugely beneficial for all and represent true partnership work. Such projects are relatively low or no cost but make a real difference. They also distance the independent school from the accusation that they are only working with state schools to keep the Charity Commission at bay. It is slightly too early to gauge the impact of such schemes but it should not be overly difficult to predict the impact will be very positive.

The measure of poverty most commonly used is that derived from the Child Poverty Act 2010 which expresses it as being found where 'household income is below 60% of median income'. This means four million children live in poverty in the UK, equating to nine children in every state school classroom. There is real concern that there are millions of children who will experience holiday hunger because family incomes are too low to provide for even basic needs – books, school trips and summer activities are well beyond reach.

We live in a country where the gap between those who 'have' and those who 'have not' sits uncomfortably with many parents who fall into the former category. Parents are increasingly happy to support independent schools who work with their local communities and where there is real need to make a difference to the level of inequality in society. The potential gain for their own child is clear, with a better understanding of community issues, as well as their own place within this country and society as a whole. 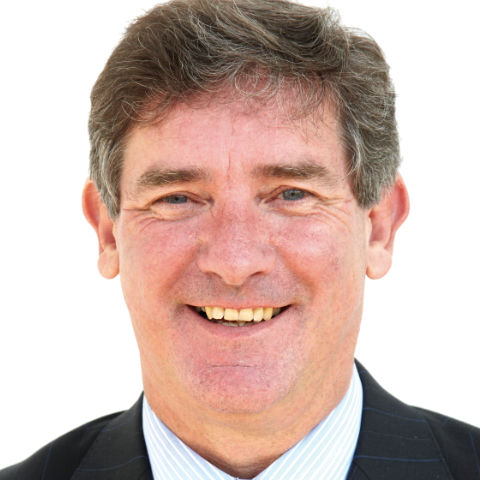 Christopher King is the Chief Executive of IAPS.