The beginning of a new decade often provokes reflections on the one preceding, and so it is a good time to reflect on some of the big questions of our time.

The last decade saw major reforms in education, with curriculum and assessment changes, some of which we've been able to soften in the independent sector. Alongside these are high stakes social changes. Children are born into the ubiquity of the world of social media, where pressure for conformity and success is at fever pitch and, if left unchecked, can haunt children 24/7. Social media makes it easy to link with strangers, and half the fun and attractiveness of the huge number of apps is sharing content of all kinds (which, dear reader, children probably don't want to share with parents).

A corresponding, and some argue correlative preoccupation among educationalists, psychologists and parents alike was, and remains, a concern about well-being and mental health (let us not forget our adult selves, too). These ideas manifest themselves in myriad ways, from supporting children's resilience to offering lessons in 'happiness,' and in some schools providing full time counsellors for children. Various books have been published that purport to provide a key to various psychological traits, not to mention the burgeoning market in selling mindfulness programmes for kids, plus the myriad online guides to helping your children manage themselves, er... online. There is an endless cacophony of aids of all kinds from the fields of social psychology to pedagogy. Invariably, these things have their day, or evolve or are supplanted by a new way of thinking – one only has to look at how nomenclature in learning support has changed over the years (at my school in the 1970s it was the Remedial Department), the demise of traffic lights in classrooms and a growing suspicion of the Lesson Objective as being too narrowing.

But concern about general mental health among the young in particular seems to be more sustained. What has always concerned me as an educator is that in looking for the fix to the symptom, we're sometimes ignoring the cause or, more challenging, we seek blame. Recently, I have been reading around the chimerical idea of happiness, what it means and whether or not this is something to be actively promoted in schools. Of course, we want children to be happy. Yet happiness is notoriously difficult to pin down. It is ephemeral and is different for everyone. Happiness is very often a consequence of some other thing, a fleeting feeling we might experience, and it might present itself in different ways, from joy and rapture, to awe and wonder, a sense of relief and sometimes even fear. Why do some people like fairground rides, horror films or grizzly fairy tales?

In my case, my happiness triggers are rather old-fashioned. I feel something like happiness when I smell the earth when gardening, or I am moved to tears when listening to music. When I first heard Dido's lament from Purcell's opera Dido and Aeneas, I was listening on the car radio and had to pull over because I was suddenly overcome and filled with the most overwhelming sense of grief and sadness, and yet I was transported into a kind of happiness that I also experience when confronted suddenly with exquisite beauty. It is a kind of happiness that is in part a delicious pain.

"Happiness is very often a consequence of some other thing, a fleeting feeling we might experience, and it might present itself in different ways..."

Happiness, then, can be something of an enigma, and it can be contradictory. The terrible relief of parting from someone who has, perhaps for years, quietly suppressed who you are, and in coming to that realisation, brings about a new freedom which might also be expressed as happiness, despite the potential for hurt. Happiness, then, is difficult to nail down, to measure, and therefore to promote as a 'thing'.

Unhappiness is not the binary opposite of happiness, despite the appearance of duality as demonstrated by the sudden shifts that children tend to show from bliss to seemingly abject misery and back again. Our role as adults is to help children to become attuned to their emotions: not be too frightened, too angry, too generous, too patient and to be appropriate to the circumstances. As adults we too sometimes struggle to find what Aristotle called the 'mean', as in the 'right amount' in our emotional responses, and we get it wrong all the time. The trick is to have the corresponding humility to reflect, and to help children to do that, too.

Nevertheless, unhappiness is perhaps easier to identify than happiness and, one might argue, should be easier to avoid if we know some of the things likely to cause it: humiliation; neglect; an over emphasis on being successful; a sense of the futility of our actions in global or political matters – a kind of 21st century ennui and sterility that as adults we perhaps feel more acutely than the young. These are things that may well feature highly in the lives of young people and so perhaps our attention might be better served in limiting causes of unhappiness where possible, and where reasonable.

Yet even this is fraught with challenges. What might appear to be unhappiness – finding a particular task especially onerous or difficult, falling out with a friend in the playground, not wanting to wear a particular jumper, a spelling test appearing daunting, perceived injustice in a school report or the physical exhaustion at the end of a football match on a cold winter's day – all these unhappinesses (if this is a word) might also be the well-spring of happiness soon to come.

Perhaps, then, some kinds of unhappiness ought not to be avoided, and that our role as teachers and parents is to help children to navigate them, not protect them against it. Nevertheless, unhappiness must always be attended to, and some kind of agreement of what is harmful and what is not, is hard to settle on. Literature brings some solace and understanding, too, from King Lear to Hamlet, and W.H. Auden, who held that to banish our demons we might also lose our angels.

Among the slew of 'what next for the next decade' are the futurologists, and a glance at the world of technology, pervasive in every domain of life from art to politics and science, remains fascinating and provocative: ethical considerations around AI and machine learning; advances in energy production; rapid adoption of traffic free cities across Europe; changes in the biosphere and what can be done to prevent lasting damage; plant based diets – magic bullet or fiction; discerning truth from 'fake' and the vital importance of reigniting democracy and quelling war. And I have not even mentioned COVID-19. All these are real challenges and our children will be at the vanguard.

Courage and cherishing. Here comes the next decade. Together, we can make a difference. 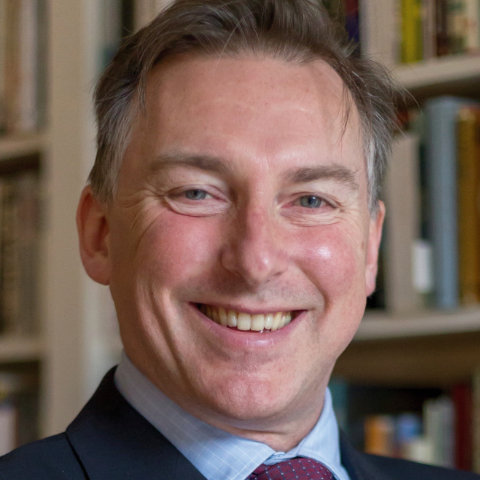 Where does it all go wrong?

5 min read Are schools doing enough to promote diversity, tolerance and equality? Jason Whiskerd, Headmaster of Brentwood Preparatory School, explores what is being done to make sure the lessons learnt in school last a lifetime.

5 min read The real abilities of pupils can be overlooked due to the standardised hoops they need to jump through to gain entry to senior school. Simon Larter-Evans of St Paul's Cathedral School takes a deliberately provocative look at Cognitive Ability Tests.

Returning in a new spirit

5 min read The return to school will be harder for children than after the last lockdown, foresees Colin Baty, Head of Bedales Prep, Dunhurst. But it is also the time to take a fresh approach to how children learn.