Women are not small men

Gendered stereotyping is all around us and its impact is far from benign, explains Jane Gandee of St Swithun's. From an early age, it can affect the choices our children make and their future careers.

It can feel as if the world is organised such that women are just regarded as small men. Let's consider the body armour that does not protect women because it is too uncomfortable to wear, drugs that take no account of female physiology, or tools which are just too large for the average woman's hands. Roar by Dr Stacy Sims (aimed at female athletes) and Caroline Criado Perez's Invisible Women explain the considerable implications of these issues.

I fully support further research to establish if and how women and men have different needs yet, at the same time, I also worry about gender stereotyping. One might imagine in the twenty-first century when women can now have any role in the army and it is increasingly acceptable for men to take time off work to look after their children, that gender stereotyping would have become a quaint outdated concept – but that simply isn't the case. Indeed the contrary appears to be true. Easily accessible images and the ease with which judgements are made seem to have driven a resurgence in gender stereotyping, starting at an increasingly early age.

Indeed, Drawing the Future (a report on career aspirations of primary school children around the world) points out that 'the gender divide is as strong at age 4 as it is at 14 when it comes to children's career choices.' Consciously or unconsciously, boys are already being steered towards active, sporty or technical professions and girls towards caring or creative roles. By the time young people take public exams and make decisions that will affect their choice of career, there are significant differences in the take-up of science and maths. 80% of boys who take maths and science GCSEs progress to a form of Level 3 core STEM qualification, yet just 33% of girls do likewise. This is despite the fact that 71.3% of girls who study STEM at GCSE achieve A*-C grades, compared to 62.4% of boys.1 Similarly, disproportionately small numbers of boys take English literature A level.Where do these beliefs come from? Although one might expect schools to be stereotype-free, that is not currently the case. At least not in all schools.

"One might imagine in the twenty-first century when women can now have any role in the army and it is increasingly acceptable for men to take time off work to look after their children, that gender stereo-typing would have become a quaint outdated concept – but that simply isn't the case."

In the report Drawing the Future, Professor Becky Francis, Director of the UCL Institute of Education, writes: 'At present, research shows that rather than consistently challenging gender stereotypes, in some schools these are unthinkingly exacerbated.' This is possibly to be expected. Teachers are as likely to be affected by their upbringing and environment as any other adult or child. In recent years, schools have been tasked by successive governments with solving a lengthy list of society's problems and possibly they simply do not have the time to challenge – or even notice – gendered stereotyping.

Indeed, a report called It's Just Everywhere tells us that sexist language is everywhere (hence the title of the report)2. 66% of female students and 37% of male students in mixed-sex sixth forms have experienced or witnessed the use of sexist language in school, but just 6% of students reported it to a teacher. Only 22% of female students at mixed-sex schools think their school takes sexism seriously enough. It seems to me that there would be less gendered stereotyping and sexist language, in addition to a wider range of options for all, if we could reach children at an earlier age. What can parents do?

Firstly, we can teach our children to treat people as individuals and not attribute general characteristics to each gender. We might want to start with how we play with babies. There has been much discussion about baby toys and which ones are given typically to a boy versus a girl – and I won't even stray into the discussion of dressing girls in pink and boys in blue. We could also think about the language we use. How often do we use disparaging language such as 'he's such an old woman' to suggest that someone is fussy or dithering? Have you ever said the phrase 'man up' to encourage someone to be a bit tougher? To what extent does that imply that only men are tough – or that all men have to be tough? How about the term 'tomboy' to describe an active girl who likes climbing trees or wearing trousers instead of dresses or 'bossy' to describe an assertive girl. A boy would probably be called a 'natural leader'.

All of these matter. They affect the way our children see themselves and others and restrict choice. In her book Pink Brain, Blue Brain: How Small Differences Grow Into Troublesome Gaps — And What We Can Do About It, Dr Lise Eliot suggests that gendered differences are largely created by adults as a result of their own preconceptions. Beyond language, we might want to choose wisely the books our children read. A 2017 review of the top 100 children's picture books found lead characters are twice as likely to be male and male characters are 50% more likely to have a speaking part. We also need to think about our assumptions. Do we always refer to scientists as he – or nurses as she? Do we tend to associate brilliance with boys and hard work with girls? Many parents do – they are 2.5 times more likely to do a Google search for 'is my son gifted?' than 'is my daughter gifted?'.

"By the time children are six, girls are less likely than boys to associate brilliance with their own gender. A study published in the journal Science revealed that among six year-olds, boys chose people of their own gender as 'really, really smart' 65% of the time while girls only selected their gender as brilliant 48% of the time."

By the time children are six, girls are less likely than boys to associate brilliance with their own gender. A study published in the journal Science revealed that among six year-olds, boys chose people of their own gender as 'really, really smart' 65% of the time while girls only selected their gender as brilliant 48% of the time. At this age, girls also start to avoid activities said to be for 'smart children'. When you combine this research on beliefs about brilliance with stereotypes about mathematicians and physicists being geniuses, you can start to see why girls might rule themselves out of these subjects.

Equally problematic is the stereotype that boys are often considered to be naturally less motivated than girls. Researchers from the University of Kent found negative stereotypes about boys' academic attitude and performance become self-fulfilling prophecies. Teachers, parents and children all tend to believe that boys are less well behaved and therefore expectations tend to be lower, leading to boys getting worse results at GCSE than girls. The same researchers suggested it is possible to improve boys' performance by conveying egalitarian messages and refraining from such practices as dividing classes into groups by gender. Incidentally, this is not at all the same as single sex schools which, on the contrary, are very successful at avoiding gendered stereotyping.

As parents or teachers, we can also think about the gender stereotypes hidden in school routines and practices. Are boys assumed to be stronger and asked to move furniture? Are girls assumed to be more helpful and asked to help tidy up? We can also look at the way we talk about our own children. I often hear parents saying things like 'my son's a typical boy, he loves playing football'. But perhaps he would also like to paint or do ballet? And perhaps their daughter would like to be a bit more active, but is constrained by the expectations that girls don't need much sport or aren't competitive? In my ideal world, we would no more dream of generalising about boys and girls than we would about green-eyed or blue-eyed children. As a Government report highlighted in 2009: 'The 'gender gap in achievement' can be removed by challenging notions of gender itself.'

1 'From Classroom to Boardroom: The STEM Pipeline', WISE.
2 'It's Just Everywhere' by the National Education Union and UK Feminista. 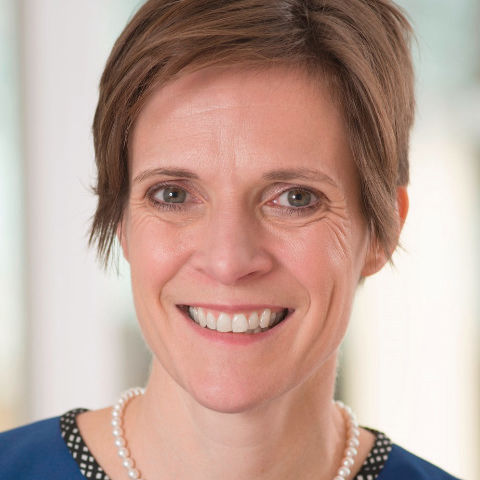 Jane Gandee is Head of St Swithun's, Winchester. The school is a flourishing independent girls' school set in 45 acres of rural Hampshire, yet only 50 minutes by train from London. It has a co-ed nursery, educates girls aged from 4-11 in its prep school, and offers day, weekly and full boarding options for girls aged 11-18 in the senior school.

5 min read The real abilities of pupils can be overlooked due to the standardised hoops they need to jump through to gain entry to senior school. Simon Larter-Evans of St Paul's Cathedral School takes a deliberately provocative look at Cognitive Ability Tests.

Returning in a new spirit

5 min read The return to school will be harder for children than after the last lockdown, foresees Colin Baty, Head of Bedales Prep, Dunhurst. But it is also the time to take a fresh approach to how children learn.

Reassuring values from the past

5 min read The new normal is bringing myriad challenges for schools and pupils – especially those at boarding schools. Tim Hands of Winchester College explores what our future educational provision might learn from the past.