St Helen's is celebrating the success of the U13A cricket team, who won the Lady Taverners County Cup, after a nail-biting final against Oxford High School.

The Lady Taverners school soft ball tournaments are usually organised by Oxfordshire Cricket indoors during the winter months. Covid restrictions prevented the indoor competition this year, so it was moved outdoors to a day-long event in June.

On a hot, sunny day at Boundary Park, Didcot, the St Helen’s U13A and B teams were two of the eight teams competing in the tournament. The A and the B team were placed in different groups, which included teams from Tudor Hall, Headington, Oxford High and Didcot Girls School.

St Helen's PE staff were very impressed by the standard of cricket on the day, especially from the SHSK players. Bowling was accurate, batting was gutsy and all players were alert in the field. Both U13A and U13B won all three group games, meaning they topped their respective groups and would not meet in the semi-finals.

U13A played Headington B in their semi-final and won convincingly to make it through to the final. Unfortunately, it was not to be an all-SHSK final, as the U13B team just missed out to the Oxford High A team. By this stage, all the players had been out in the sun for five hours.

OHS won the toss and opted to bowl first. A combination of nerves, distraction and sheer exhaustion meant SHSK lost too many wickets and made their lowest total of the day; OHS would need just 288 to win. SHSK were told to hold their nerve, bowl their best balls and save every run in the field if they were to win.

The SHSK players put in 100% effort, putting pressure on the OHS batters by chasing every ball and performing incredible run-outs. As OHS wickets fell, the hopes and confidence of the SHSK team rose. They never gave up and won the U13 Lady Taverners County Cup by 26 runs.

The match had been played with great sportswomanship and mutual respect – a worthy final to finish the day.

Congratulations to every member of the team who each played their part and deserved their success, but special mention must go to Ella, who captained the U13A side with authority throughout the day. 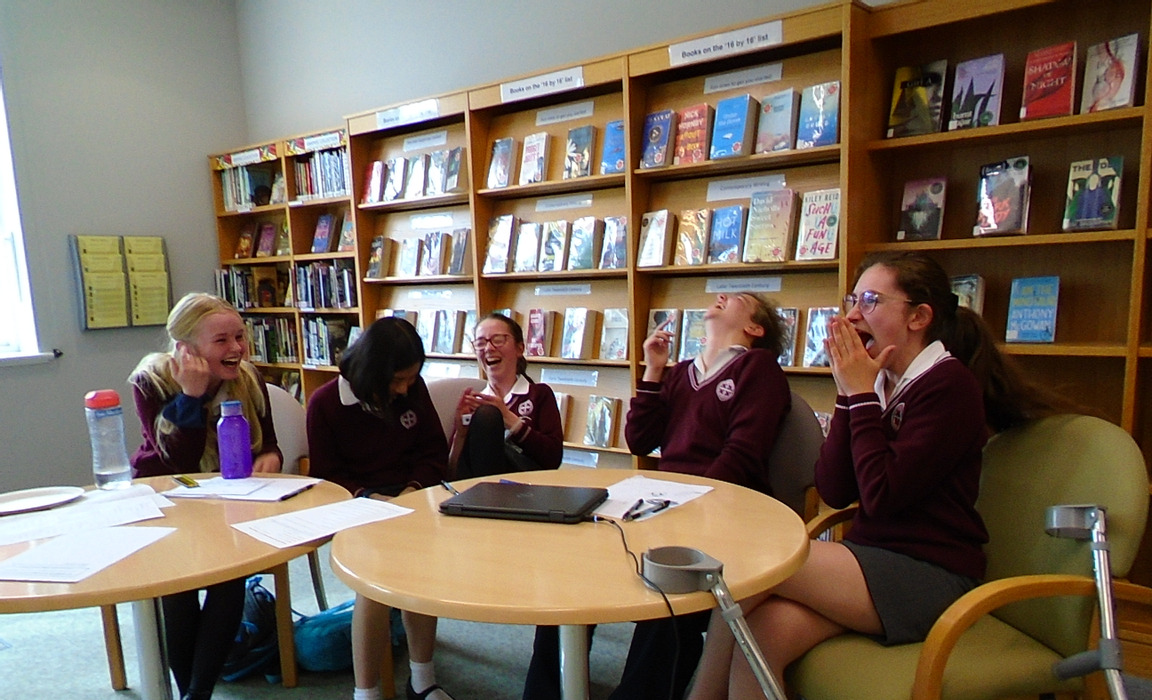